Why does a person with the gift of entrepreneurship create a business? A momentary whim? An outlet where you can pour out accumulated creative energy and find peace of mind? A way to make a fortune? Maybe. A true entrepreneur aims at creating a business, through which he will not live his life in vain, and will be able to leave a distinct mark on this earth.

That would be all right, but there is a dilemma. How do you make sure that the company not only develops in the same way it did before, but also remains at the peak of fame long after its founder leaves? After all, in fact, the founder and his organization are Siamese twins, the separation of which involves a monstrous risk and can lead to the death of both one and the other. How to minimize the risk and make the process of transferring the business to the successor less painful are the questions that every founder sooner or later asks himself/herself. Let’s try to find the truth.

Build the dam before the flood

At the initial stages of the life cycle total interference of the founder in the operating activity of the company is not only a regularity but also a vital necessity – a kind of tough requirement for the startup to get stronger and mature into a stable business. But in the future such manual management will only drive the business into a corner. After all, as an organization grows, it loses flexibility and loses the ability to react quickly to external changes.

Beginning with the Prosperity stage, power needs to be depersonalized and institutionalized. It is necessary to separate the personality of the owner from the company. What if tomorrow the “head of everything” for some reason voluntarily or involuntarily leaves his post? For example his health will fail, he will get bored of daily routine, he will want to move to another country or will decide to retire. The conclusion suggests itself: long before this happens, it is necessary to form such a management system, which will allow “without blood” to reform the old orders and ensure the stable growth in spite of any radical changes. And this should not be done when you’re lying on your deathbed, or when you’re so tired that you’re ready to go on indefinite leave tomorrow. The sooner you start thinking about finding a new helmsman, the more likely it is that the transition from entrepreneurial management to system management will be the easiest.

Not every entrepreneur is ready to accept the idea that the reins will have to be transferred at some point. And it does not matter who will be the “Crown Prince” – a family member or a visiting manager with extensive management experience. The fear that the successor will make mistakes and ruin the business empire created by titanic efforts moves the thoughts of transferring the management to the background. Especially when things are going well, a rare leader (a true, highly professional leader!) would think about making drastic changes.

If, in addition, the founder has already had failed attempts to transfer authority and responsibility to a manager from the outside, it will only increase internal discomfort. Someone who has failed becomes overly prudent. As the saying goes, a scared crow fears the bush. Bitter experience moves the owner even further away from the moment of transferring control, and he risks being caught in the founder’s trap.

If the owner cannot overcome the psychological barrier and does not want to change his professional status, it makes no sense to start any reorganization. At the same time there is bad news for him: the CEO, who is tightly bound to his child, is doing himself a disservice. If he leaves, his company will collapse like a house of cards.

Pass it on by inheritance or hire a professional? – that’s the question

In developing countries, business succession is the most popular form of succession. But despite the widespread use of the family business, the question of whether it is so good is still open. There is a popular saying: “From clogs to clogs in three generations. About 70% of family businesses go bankrupt or are sold before the second generation, and only 10% remain active and are inherited by grandchildren (Harvard Business Review, March 2012). Research by Baker Tilly International also confirms that many owners believe their children are not ready to run a business because they do not have the right skills, experience and talent.

It’s not as simple as it seems at first glance. Imagine if the Olympics were not attended by the best athletes in the world, but by the children of those who won gold medals decades ago. So it’s not a fact that the best successor would be someone from the family circle. Another important aspect is the “Carnegie effect. We are referring to Andrew Carnegie. Please do not confuse him with the great orator Dale Carnegie. So, the great industrialist donated 90% of his multi-million dollar fortune to charity, leaving his family members literally nothing. He was guided in his actions by the following considerations: “If my oldest son knows he’s going to inherit the company, will he have any incentive to do well in school?”

Proponents of business succession counter that children can learn from their fathers and therefore have better management business skills in a particular area than someone from the outside. Also, advocates of family succession argue that family-owned companies generate more trust between owner and manager, and have greater customer and employee loyalty.

A team of scientists from Stanford University, Harvard Business School and the Center for Economic Performance Research at the London School of Economics and Political Science surveyed thousands of mid-sized companies in 20 countries. Based on their findings, they generated a management quality index ranging from 1 to 5. The index correlates closely with a company’s performance, which is measured by productivity, profitability, sales growth and company lifespan. The chart depicts management quality by different types of ownership.

As we can see, the best-managed companies are those that either have private equity, or organizations whose equity capital is dispersed among a large number of investors. Interestingly, the companies headed by a hired CEO have fairly good governance scores. And those organizations run by a family member (particularly the eldest son) received the lowest score (according to Harvard Business Review, March 2011).

Of course, all these data are averages. There are many successful family companies, such as Walmart, Samsung, Tata Group, Porshe, IKEA, L’Oreal, Nike, and Zara, which have been controlled by descendants for generations. Even Henry Ford said, “Businesses change the world, and family businesses make it better.” Nevertheless, this information is a great reminder that founders should at least consider bringing in professional management from the outside as an alternative.

A major mistake managers make when appointing a successor is to look for an authentic copy of themselves. In their view, a good hired manager must have similar values and be a professional who is immensely committed. In addition, he must have such qualities as purposefulness, dynamism, creativity and entrepreneurial spirit, willingness to take risks. But such an “ideal” manager from the outside is just as typical an Entrepreneur as the owner himself.

During the Let’s-Day period, the leadership style (RaEi) is the most functional. But further on, in order to keep the organization from decline and ensure productivity, this management style needs to be modified. E (Entrepreneur) needs to briefly give way to A (Administrator). The right code for moving to the Youth stage is pAEi. Without mastering the A-role, the company will not be able to function systematically and stop depending on its creator. This is why appointing a top with entrepreneurial ability does not bring the right results. The difficulty is that Entrepreneurship is almost incompatible with Administration – which is why attempts to delegate often come to naught.

Another mistake is that managers do not hire a leader as their replacement, but an obedient “errand boy”. They pay him well, but they watch his every move and demand unquestioning compliance with their instructions and directives. In essence, such a hired manager is an ordinary “servile” assistant. It is taboo for him to make managerial decisions independently and show initiative. The appointment of such a manager is just a deception that does not relieve the owner of the burden of responsibility. There is no sense of continuity here.

Transferring the management of the business: how does it work in practice?

“The manager’s task here is to rebuild the foundation of the company (rather than build new floors on the old foundation). And the difficulty is not to destroy the house while rebuilding the foundation” (Shoham Adizes, Alexei Kapusta, Vladislav Burda: Adizes Methodology: Real Implementation Experience).

According to Itzhak Adizes, transition to systemic management should be done competently and in exactly the right time, otherwise a new leader will not hold his position for more than a month, and will be prematurely thrown overboard. What does it mean competently? The company cannot be let go free sailing at the drop of a hat. The transfer of powers must be carried out stage by stage and in the right sequence. 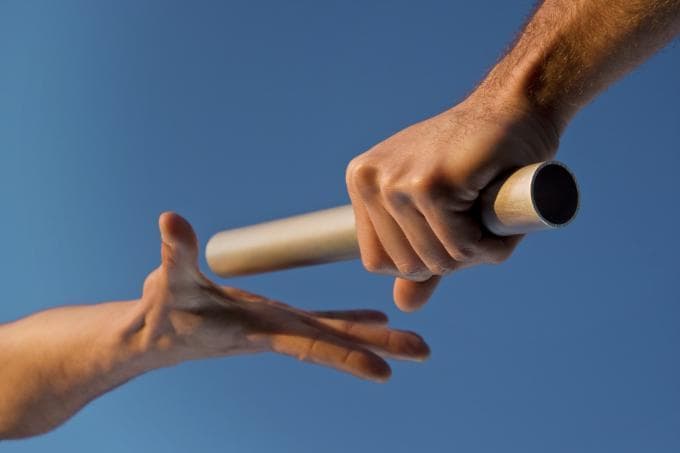 Thus, three departments should be formed, each of which is responsible for A, P, and E functions, respectively. The head of the departments performing the A-function is appointed the director of administration (case manager), and the P-function is the executive director. The founder should be left in charge of the area in which he has the greatest interest. As a rule, CEOs prefer to supervise and deal with areas such as finance, new product and technology development, marketing, and human resource development. Having reduced his interference in the work of other departments, he can finally withdraw from operational management and fully devote himself to strategic planning, development and implementation of new breakthrough ideas.

Such a personnel shake-up must necessarily go hand in hand with the process of internal integration, which at this moment needs increased support and attention. The company needs to build such a management system, which will ensure decision-making in accordance with the established rules, and will not depend on the personality of the leader and his disposition of spirit. In the process, the management team must acquire the skills to communicate properly, reviving an atmosphere of mutual trust and respect.

After a while, the owner should look for deputy E-departments and leave only one department under his control. Soon, most likely, he will get bored with one business, and he can move to the president of the company or the chairman of the board of directors. In this way, the founder can continue to “stay in line” and retain great political clout. Meanwhile, the professional manager will occupy the post of executive director.

Now back to the professional manager. The executive director must lead the company during the transition period. Once the restructuring is complete, he must leave the CEO position, since the organization will again need “vitamin E” for growth. Only now this E must be depersonalized: all three roles must interact with each other synchronously, i.e. the organization must be managed by a board of directors, which includes both the Administrator, the Producer and the Entrepreneur.

The company’s road to independence is thorny and long. How bumpy this road will be depends on the founder. Does he have the courage to begin the transformation and the stamina to complete it? If not, the organization will never reach its potential or become systematic, and therefore it cannot live forever.