The United States of America is known not only for its high wages, but also for its decent retirement benefits. We often hear about how comfortable life is for American retirees, who travel the world in retirement and move to sunnier parts of America. This article will touch on the basics of the U.S. pension system and especially detail the amount of pensions. 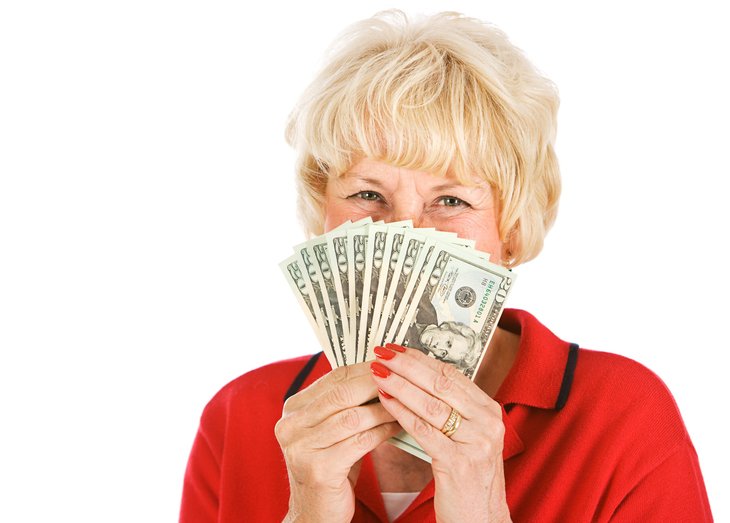 The U.S. pension system is multi-pillar. The pension is made up of what the government pays, as well as the funded part. The funded part, in turn, consists of what is paid by the employing company (the so-called 401K); if it is a government employee, from government funds; and from the pensioner’s own savings, which may be accumulated in his account or invested in securities and managed by funds.

Both of these items of pension savings are tax-free. The military, which has a separate fund, receives additional benefits. So it’s not uncommon for a retiree to get three pensions.

The retirement age in the United States is now 67. It is possible to retire earlier, but the benefits will be lower. It is possible to retire early at age 62. To do this, you need to write an application and specify the reason for your decision. In this case, the social pension will be only 70-80% of the accrued monthly payments – depending on age and place of service.

For late retirement – at age 70 – monthly payments are increased by 24%. But if the retiree retires even later, he or she must start withdrawing the funds accumulated in the pension account. This applies to both the state part of the pension and the funded part. Otherwise, a tax will be levied on these funds.

Medicare health insurance benefits are available to pensioners from the age of 66. Low-income retirees are entitled to additional benefits under Medicaid.

Such a late retirement age in the U.S., by the standards of others, is due to a steady rise in life expectancy, which was observed up to 2016. By the end of 2017, life expectancy had fallen slightly to 78.6 years from 78.7 a year earlier, according to data published on the U.S. National Center for Health Statistics (NCHS) website. Women in the U.S. live longer, on average, at 81.1 years, and men at 76.1 years.

As life expectancy grew gradually, a progressive retirement scale was also provided. It allowed those born in certain years to retire earlier. For example, those born before 1937 could do so at age 65. All those born after 1960 retired at the age of 67.

The Social Security Pension Act, which is still in effect today, was signed into law by President Franklin Roosevelt in 1935. According to this document, all persons whose age exceeds the officially established threshold are paid a cash benefit, the amount of which depends on the average level of wages.

Moreover, in America there is a program for the poor (SSI), which helps in cases when the amount accrued by the state is lower than the cost of living. According to the terms of the program, each pensioner-participant is paid an additional amount, which falls below the subsistence minimum.

It varies from state to state. For example, in New York State at the end of 2016, the cost of living was $990. If a Social Security pension did not meet that threshold, the state paid at least that level.

However, according to a member of the New York State Legislature’s Senate staff, these payments are not limited to helping such citizens.

“As for nursing homes in the U.S., those retirees who have only a state pension (without a funded part) receive free accommodation in these homes. It’s partly paid for by the state and partly by the federal budget,” the interlocutor added. 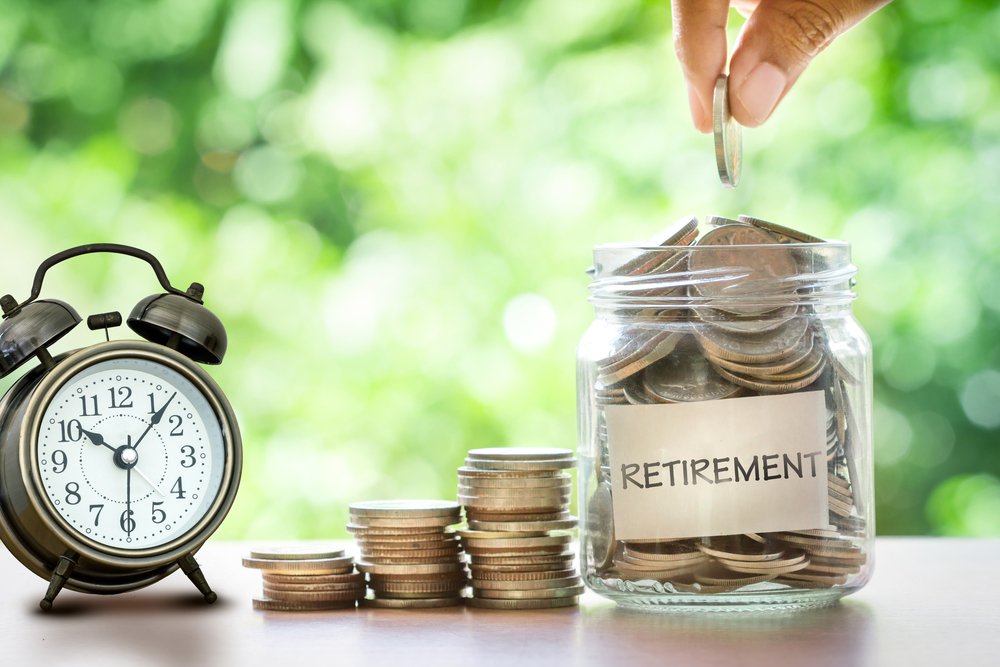 He emphasizes that “now in America the authorities are trying to leave the elderly in their own homes and apartments.
“As I said, nurses go to them, the state pays the salaries of people who buy groceries. Or they take seniors to the store. Many apartment buildings have a state-funded program that pays for buses that take seniors to the store twice a week,” said our interlocutor.

He points out that every politician is very focused on working with this electorate also because they are the most socially active citizens. “Unlike young people, they almost always vote. Older people’s turnout in elections is close to 80 percent. They don’t vote when they can’t at all,” he noted.

Anyone who works for the state, such as a teacher, gets a pension under a separate pension scheme – in addition to the basic pension there are separate contributions to special funds.

“I, for example, work for the state. My contributions go into a separate New York State pension fund. All New York City workers have the same one.” 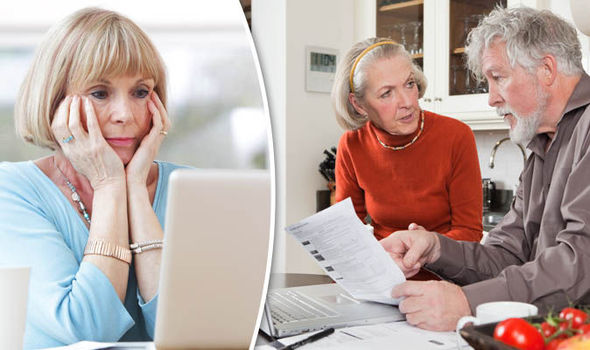 According to him, the calculation is done differently in each case. “For example, my pension will be 65% of the average salary for the last three years of work for the state. Some people have 75%. People who started working for the state later – 50%,” the agency’s interlocutor explains.

In 1983, however, the law became stricter: the calculation was based strictly on the time spent at work. As Worrell admitted, for health reasons she was unable to work until she was 65 for a few months, and because of this her pension was 80% of her entitlement.

Retirement age is calculated differently for military and police officers. For example, a colleague of Worrell’s, who retired under the old law, got 40 years of service by the time he retired at 65. Because he had served in the U.S. Army, he received a lot of extra pay and, in the words of Worrell, “became a real rich man.

Military and police officers in the U.S. are a completely different story, they can start receiving a full pension after 20 years of service. Moreover, under U.S. law, a member of the armed forces who has served 20 years in peacetime or has served at least one day in the U.S. military is considered a veteran. In addition to pensions, veterans have benefits, such as travel.

“For example, I was just dealing with a veteran today. The people who lived with him were not paying rent. And we’re kicking them all out. But for the veteran, we will ask separately so he won’t be thrown out on the street,” he added

Another source of retirement benefits in the U.S. is the savings funds and personal accounts of Americans. The law governing this process was passed in 1974. The funds that accumulate such funds can be both private and public. It is worth noting that the amount transferred to such a fund is not taxable. Funds accumulated in such a fund are available at any time for the future retiree, but if a person requests them before retirement age, he will have to pay tax.

The employing company can also act according to the same scheme. The first pension fund, to which only employers contributed, appeared in 1875. The system of such payments is called a 401K in the United States. And business is interested in transferring money to the savings fund for its employees, which can reduce the company’s taxation rate. Contributions to such funds from the employer may be either 10% of the salary or 50% or more. It all depends on the decisions of the individual company.

By agreement with the employer or by the decision of the citizen himself, the funded part can be sent to the chosen investment fund. The actual amount of savings in the employee’s pension account depends on the success of the particular investment company.

He said the instrument of savings funds and personal accounts for Americans began to be used in the U.S. in the mid-1980s after a change in the law.

“Of course, the option of investing in securities is risky. In 2008, many retirement savings suffered. But now the economy is growing, and the outlook is positive,” he notes.

Changes are being discussed

While all of the agency’s interlocutors agree that the U.S. pension system is optimal at the moment, that doesn’t mean it doesn’t need adjustments. 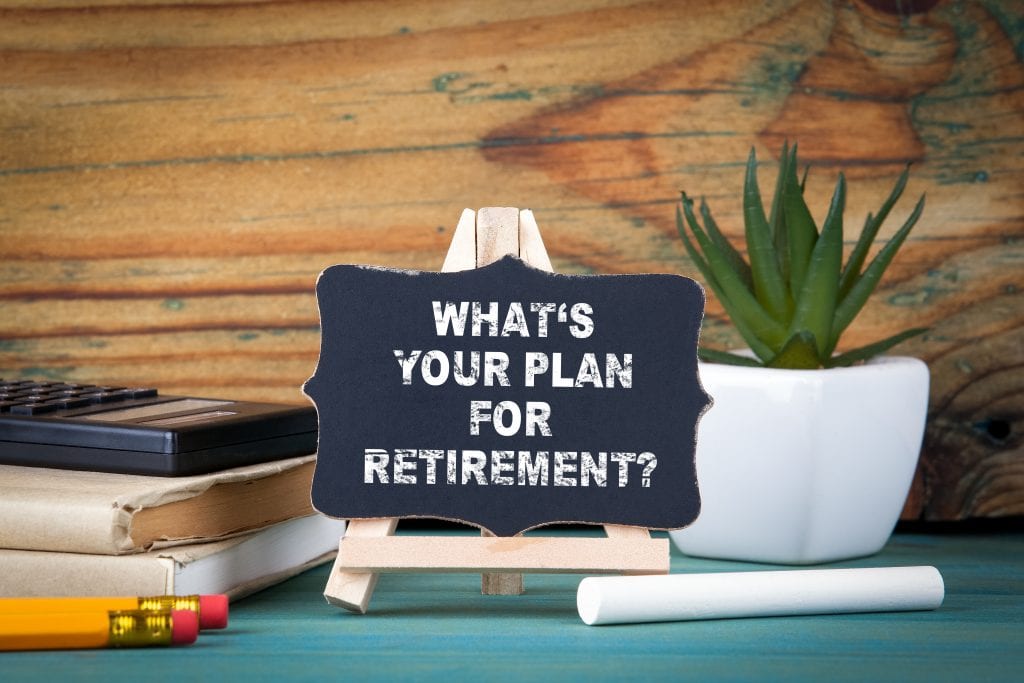 McDonald said the government is discussing legislative changes to the savings fund part. “How do you protect the average steelworker from losses in the stock market? After all, he doesn’t understand anything about it,” he said.

The Republicans’ motivation was that the burden of retirement benefits on the budget was too high.

The existing retirement age scale in the U.S. does not suit all Americans, and many retire earlier, despite the loss of 20-30% of their social pension. Payments of the funded part of the pension in case of early retirement are also subject to a 10% penalty, and tax is withheld in this case as well.

According to data from the U.S. Bureau of Statistics, on average, Americans do not work to their due age of 67 and retire at 63 with a loss in benefits. For government workers, the gap at which they retire is 62-65.

The optimal retirement age in the U.S. is between 60 and 65, according to an industry study conducted by Allstate Insurance Company in conjunction with the National Journal.