Family business as a guarantee of corporate longevity or a factor inhibiting development. Is it easy to build a company with relatives?

Today you say “transparent and efficient corporate management” – you mean putting the business in the hands of outsiders: hired top management and independent directors. However, firms that were created and have been owned by families for decades have proven that a company can remain effective, remaining under the direct or indirect management of its owner for generations. Proof of this is such giants in their markets as retailers Wal-Mart Stores and Carrefour, human candy and pet food manufacturer Mars, cosmetics company L’Oréal, electronics manufacturers Samsung and LG Group, international agricultural trader Cargill, clothing manufacturers Gap and H&M, luxury conglomerate LVMH Moët Hennessy Louis Vuitton and a host of automakers – BMW, Porsche, PSA Peugeot Citroën, Fiat, Ford Motor and Hyundai Motor. 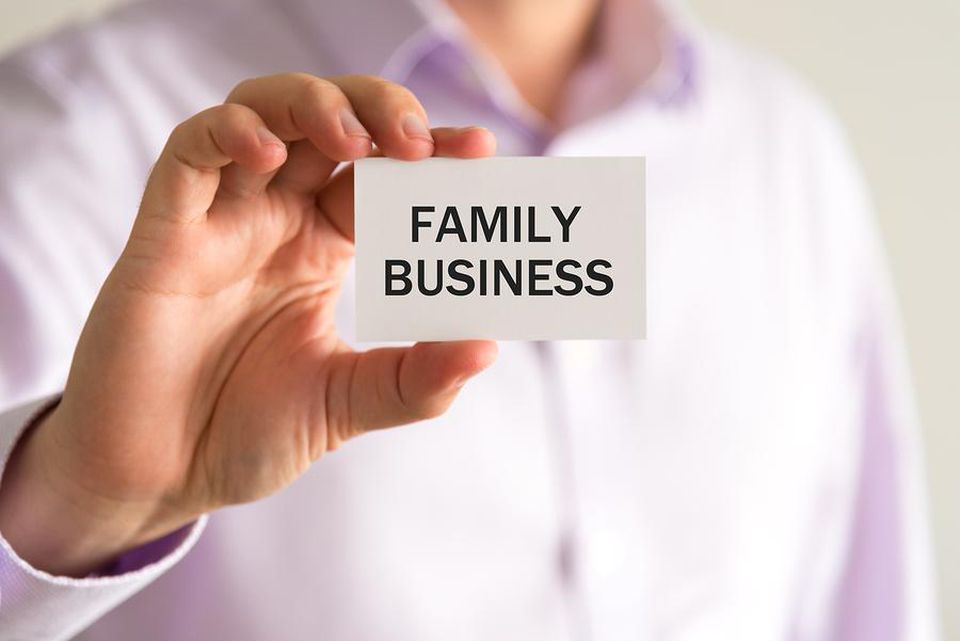 All of them are not the exception to the rule. On the contrary, family-owned companies are unusually common. According to Harvard Business School, two-thirds of the companies in the world are family-owned. They produce 70-90% of global GDP and provide 50-80% of jobs. So, in the European Union, according to the last year’s data of KPMG, they create 9% of GDP, provide 40-50% of employment and have a turnover of € 1 trillion, which amounts to 60% of the total turnover of EU companies. In the U.S., no less than half of the companies are family-owned. In China, 85.4% of private companies are family-owned. And in India, such companies generate two-thirds of GDP and 79% of jobs in the private sector. We are talking not only about small family businesses, but also about large corporations. McKinsey&Company estimates that about one-third of the companies in the S&P 500 Index are businesses in which one family owns a significant stake and in which that family influences important decisions, such as the election of the chairman and CEO. In France and Germany, families hold about 40% of the 250 largest companies in both countries. Among them are the already mentioned Carrefour, LVMH Moët Hennessy Louis Vuitton and PSA Peugeot Citroën. And in the UK, family-owned businesses account for 75% of the private sector, the Praxity alliance of accounting firms estimated in 2013. Among the largest family-owned companies in Foggy Albion are Europe’s largest private IT group SCH Group, Europe’s largest private car dealer Arnold Clark Automobiles, the largest British private construction company Laing O’Rourke, and the world’s largest independent steel trader Stemcor. It cannot be said that all these companies are the same in terms of ownership structure. Some of the family companies let some of their shares circulate on the stock market, while others remain closed private. But what they all have in common is high stability even in the crisis years thanks to a specific corporate management.

To the benefit of the business

One of the key advantages of the family business is the owners’ control over the development of the business. According to a survey conducted by KPMG jointly with European Family Businesses (EFB) in June of this year, 39% cited the private form of the company (as opposed to the public form, whose shares are traded on stock exchanges) as one of the five strengths of their business. It gives them control over business development, which 87% of those surveyed believe is the key to success. “Controlling the business allows them to ensure that their strategy focuses on protecting their people, strengthening relationships, maintaining customer loyalty and providing enough flexibility to respond to changing market conditions,” KPMG and EFB explain. For this reason, family members are often directly involved in running the business. For example, at ArcelorMittal, Lakshmi Mittal is the chairman, CEO and head of the board, his son Aditya Mittal is the CFO and his daughter Vanisha Mittal Bhatia is a member of the board. The family owners agree to hand over management to professional hired managers only in extreme cases. According to a PwC survey of 1,952 managers and owners of family businesses in 30 countries the reasons for transferring management to “outsiders” can be lack of knowledge or abilities of the next generation (25.5% of respondents), the unwillingness of the younger generation to do business or lack of time (8.5% each). At the same time, family owners avoid hiring managers from the outside, because they fear conflict between family and management or difficulties in integrating the family with external management. 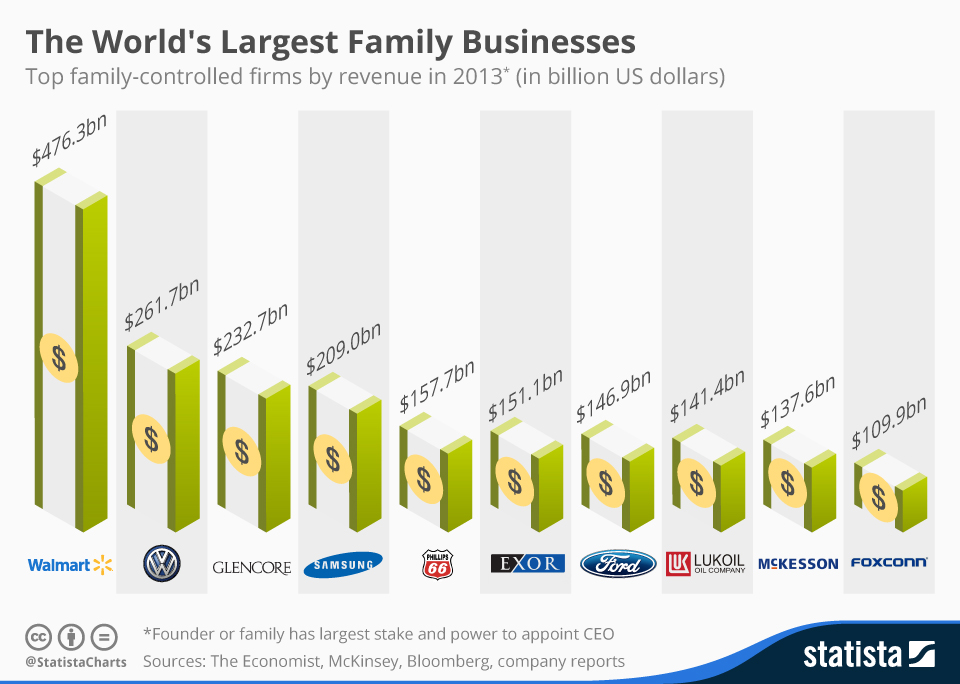 It is so important for family businesses to control business development because in the future the business will be handed down by the current owners to their children and grandchildren. According to a PwC survey, 41.4% of current owners are preparing to hand over management to the next generation, and only a quarter are considering hiring outside managers. However, this is a key advantage of family businesses: because of this, they are a priori focused on the long term, so such companies tend to survive crisis times better than public companies where shareholders are not closely involved in management. In 2012, experts from the Boston Consulting Group (BCG) and the Center for Management and Economic Research of the French École Polytechnique analyzed data from 149 companies in the U.S., Canada, France, Spain, Portugal, Italy and Mexico, in which a significant (not always majority) share belongs to a separate family whose shares are traded on stock markets, whose revenues exceed $1 billion and in which family members actively participate in the boards and management. Experts have found that during economic growth, such companies don’t make as much money as companies with a more diverse ownership structure. But during economic downturns, family-owned companies do better than their competitors. “Looking at business cycles from 1997 to 2009, we found that, on average, the long-term financial performance of family businesses is higher than that of non-family businesses in each of the countries we studied,” the study said.

The Cost of Survival

BCG experts attribute the higher sustainability of family businesses to the fact that they focus on sustainability more than on performance. “They give up the excess profits that are available in good times in order to increase their chances of survival in bad times,” the study says. Several mechanisms are being used to do this.

First, family ownership affects top management thinking. While public nonfamily corporations use stock transfers and options to turn managers into shareholders and minimize the classic principal-agent conflict, family firm management initially thinks like shareholders, because they often are, and identifies company money with family money. As a result, family management is better able to keep costs under control. Thus, in the crisis that began in the world in 2008, family businesses entered with a more economical cost structure and, therefore, during the recession were less inclined to carry out large-scale layoffs. In addition, the investment horizon of such companies is usually 10-20 years, so that the benefits of and investment will accrue to the next generation. 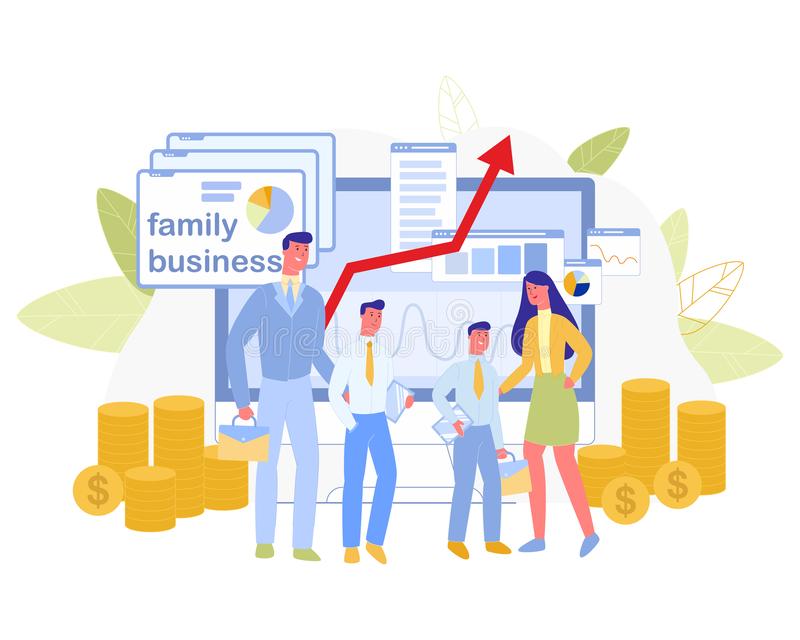 Second, family-owned companies limit capital expenditures. In most of these businesses, the investment project must first show a good return, then pass a comparison with other potential projects, and only then will it receive funding, which the company already limits. “Being strapped for cash, family-owned companies tend to invest only in very strong projects,” BCG notes. During economic upswings, they may miss out on good investment opportunities because of this, but in times of crisis it reduces the number of possible “Bermuda Triangles” that will only suck money out of the company.

Fourth, family-owned companies exhibit a high level of business diversification. Some, such as Michelin and Walmart, focus on their core businesses. But many others, such as Cargill, Koch Industries, Tata, and LG, are much more diversified than the average non-family corporation. In the BCG study, 46% of family companies and only 20% of non-family companies were highly diversified.